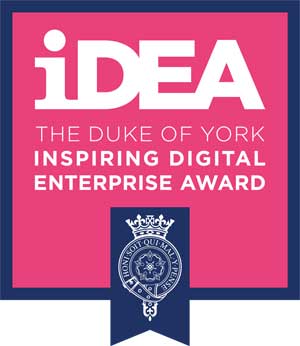 His Royal Highness the Duke of York, KG, elected to visit Brine Leas School on Tuesday 22nd May to personally present certificates to around 50 students that had achieved the Bronze standard in his own iDEA scheme.

The Duke of York Inspiring Digital Enterprise Award, known as iDEA, is a programme that aspires to be the digital and enterprise equivalent of the Duke of Edinburgh Award. Students take part in a series of challenges in order to win awards. For every new skill and learning experience mastered, iDEA learners are awarded a digital badge. Each badge carries a number of points. When participants earn enough points, they are awarded first the Bronze, but soon to be followed by the Silver and then Gold Inspiring Digital Enterprise Award. The focus is to help young people learn how to make, create, build and shine in the digital world and hence unlock their potential and inspire them for future careers.

Arriving by helicopter on the school ground, the Duke of York was greeted by The Lord Lieutenant of Cheshire East before Head Teacher, Andrew Cliffe, introduced The Duke to the Head of Business Information Technology and Economics, Miss Jess Bavin together with the Head of ICT Mrs Andrea Sanders.

His Royal Highness greeted the invited audience of the families of those children receiving the award along with the Governors and Trustees of Brine Leas as he entered the hall. He was charming as he presented the awards, speaking to each recipient and pausing for a photo with everyone. He followed this with a short address in which he stressed the importance of all students preparing themselves for the digital exposure that they would get in the world of employment and explained how iDEA had been created to help students gain a wider understanding of the skills employers need. He concluded with the message; “Be guided by your teachers, be guided by your parents but learn to learn yourselves.”

Jess Bavin commented: The department immediately recognised the value of iDEA; It is unlike anything out there for our students, it develops all aspects of their digital skills and awareness which is crucial in today’s society.

Head Teacher, Andrew Cliffe, commentated: ‘The visit by His Royal Highness, the Duke of York KG was a great success. I am sure that we will continue with the iDEA award scheme given the manner and relish in which our students have approached it. The Silver Award will be launched next month and we hope that students will embrace that as well.’ 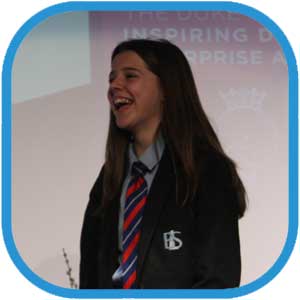 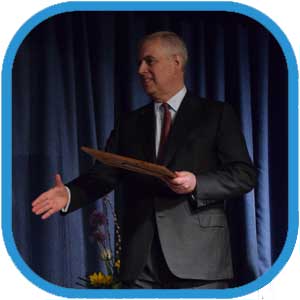 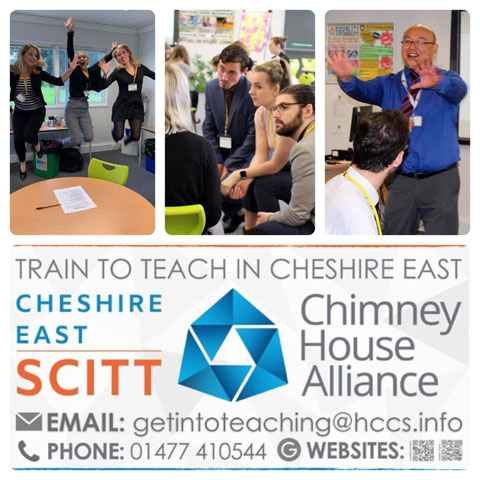